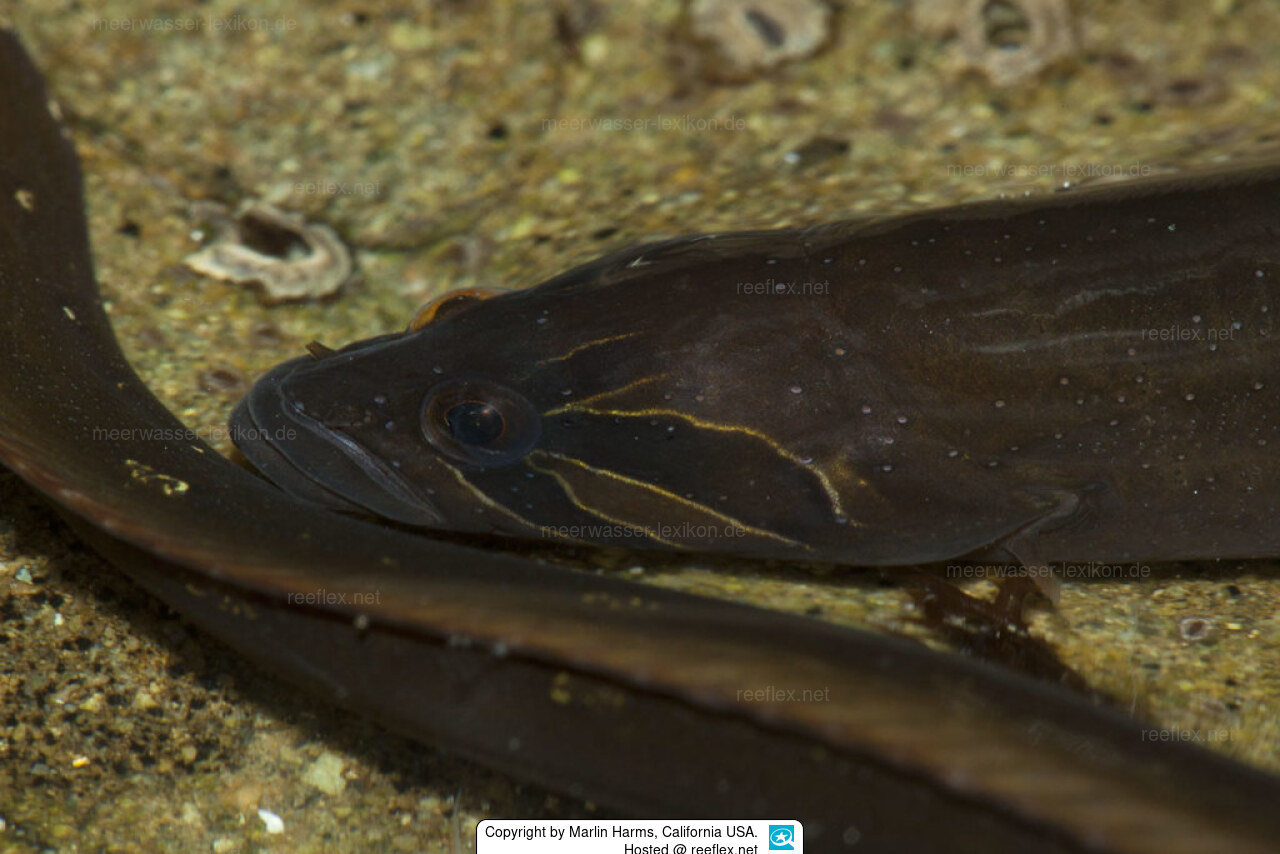 The black spinyback, Xiphister atropurpureus, is a member of the spinyback family.
Worldwide, the family Stichaeidae has seventy-one known species divided into thirty-five genera, with two global species in the genus Xiphister, this species being the only one found in Mexican waters of the Pacific and described here.

The fish is a nearshore, non-migratory species that occurs demersally in tidal pools, shallow rocky and gravel areas from the intertidal zone to depths up to 27 meters.
The spinyback has the unique characteristic of being able to submerge under rocks or in seagrass for up to 24 hours, as they can breathe air.
In turn, they are preyed upon by numerous fish, marine mammals and snakes.

Reproduction is oviparous, with each female producing between 500 and 8,000 eggs, which are laid in several clumps or masses that are then guarded by males. The spinyback, has a life expectancy of up to 15 years.
The Black Spineback is poorly studied and very little information is available on its life history and behavior patterns, including specific details on age, growth, longevity, movement patterns, diet, habitat use, and reproduction.

The black stickleback is native to Mexican waters of the Pacific Ocean, but has a limited range extending from Isla San Martín, Baja California, northward along the northwest coast of Baja.
The fish are occasionally caught from shore by recreational anglers.

The black stickleback is easy to identify because it is the only member of its genus found in Mexican waters of the Pacific.
If it is confused, it is most likely the monkey stickleback, Cebidichthys violaceus (prominent lateral line, bumps on the forehead).