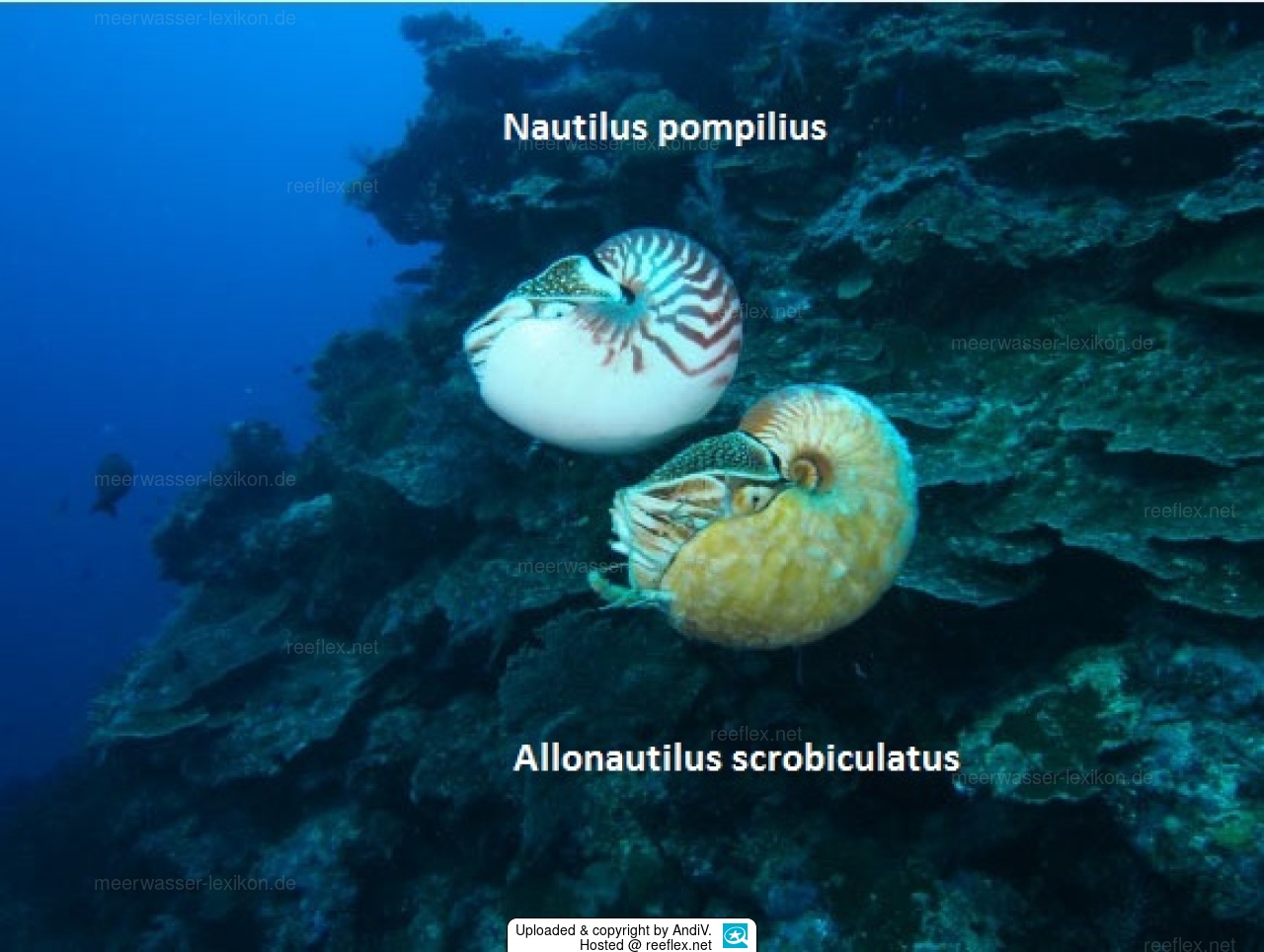 Nautiluses are shelled cephalopods and distant cousins of squid and cuttlefish. They first appeared 500 million years ago during the Cambrian Explosion and are described as ‘living fossils’ because they have remained virtually unchanged for millions of years.

These marine animals are slow-moving predators that feed mainly on small fish and crustaceans, which are captured using their tentacles. They occur in the tropical waters of Pacific and Indian oceans, near the coast of Japan, Fiji, New Caledonia and Australia.

The nautilus species in question, the crusty nautilus, was first discovered in 1786 by the English naturalist John Lightfoot. It was originally placed in the genus Nautilus, but in 1997 it was reclassified as its own genus, Allonautilus.

This creature was first seen alive in 1984 by Dr Bruce Saunders from Bryn Mawr College and Dr Peter Ward from the University of Washington in the waters off of Ndrova Island, Papua New Guinea.

Aside from another brief sighting by Dr Saunders in 1986, the crusty nautilus disappeared until 2015, when Dr Ward returned to Papua New Guinea to survey nautilus populations.

Since nautiluses are expert scavengers, Dr Ward and his colleagues set up ‘bait on a stick’ systems each evening and filmed activity around the bait for 12 hours.

“We started using this approach in 2011. This year, there were about 30 guys involved and each day we would all watch the movies from the night before at 8x speed,” Dr Ward explained.

One night’s footage from a site off of Ndrova Island showed a crusty nautilus approach the bait after a 31-year absence from Dr Ward’s life. It was soon joined by another nautilus, and the two fought for access to the bait until a sunfish arrived on the scene.

The scientists also used baited traps to capture several nautiluses, including crusty nautiluses, at a depth of about 600 feet (183 meters).

Since nautiluses do not like the heat, the team brought them to the surface in cold water to obtain small tissue, shell and mucous samples and measure the dimensions of each individual. They then transported the specimens back to their capture site and released them.
A chambered nautilus (Nautilus pompilius) swimming above a rare crusty nautilus (Allonautilus scrobiculatus) off the coast of Ndrova Island, Papua New Guinea. Image credit: Peter Ward / University of Washington.

The biologists then used this information to determine the age and sex of each animal, as well as the diversity of each nautilus population in the South Pacific.

Through these studies, the team has learned that most nautilus populations are isolated from one another because they can only inhabit a narrow range of ocean depth.

“They swim just above the bottom of wherever they are. Just like submarines, they have ‘fail depths’ where they’ll die if they go too deep, and surface waters are so warm that they usually can’t go up there. Water about 2,600 feet (793 meters) deep is going to isolate them,” Dr Ward said.

These restrictions on where nautiluses can go mean that populations near one island or coral reef can differ genetically or ecologically from those at another. The findings also pose a challenge for conservationists.
Source: Marine Biologists Spot Rare Crusty Nautilus for First Time in Nearly 30 Years / SCi News